Two of our lead research scientists from Chemeon Surface Technology will deliver talks at the upcoming Florida Finishers Corp. Mid-Winter Conference and Exposition, February 7-8, at the St. Petersburg Marriott in Clearwater, Florida.

Catherine Munson, Ph.D., will deliver a talk on “Chemeon TCP as a Room Temperature Seal for Anodized Aluminum” on Feb. 7 at 4 p.m. Sjon Westre, Ph.D., will present “Current Density Anodizing and the 720 Rule” at 11 a.m. on Feb. 8.

Dr. Munson’s talk will focus on “The application and performance of Chemeon TCP-HF (Hexavalent Free) and CHEMEON TCP-NP (No Prep) as room temperature anodic seals is discussed. Independent third-party testing proved the excellent corrosion resistance during neutral salt spray testing for more than 1,000 hours. The CHEMEON TCP-HF and TCP-NP sealed anodize also provided excellent paint adhesion in accordance with MIL-A-8625F. Overall, the CHEMEON TCP products applied as room temperature anodic seals met and exceeded the performance of standard hot dichromate seals, while minimizing the time and energy necessary to run heated tanks and eliminating the use of hazardous chemicals in the anodizing line.”

Details of both talks will be available at the CHEMEON display at the show, or you can contact CHEMEON Product Support Chemist Shay Davis (sdavis@chemeon.com) to receive the 720 Rule document and details on CHEMEON TCP-HF and NP as an anodic seal.

Retired NASA astronaut Nicole Stott will be the opening speaker and Tim Pennington, Editor of Products Finishing Magazine will deliver the Keynote at the annual conference. For information, visit the Florida Finishers Corp. website. 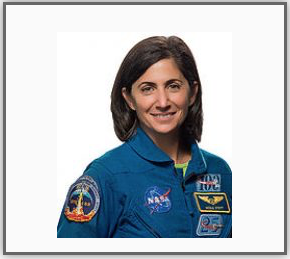 Nicole is a veteran astronaut with two spaceflights and 104 days living and working in space on both the Space Shuttle and the International Space Station (ISS). She performed one spacewalk, was the first person to fly the robotic arm to capture the free flying HTV cargo vehicle, she was the last crew member to fly to and from their ISS mission on a Space Shuttle, and she was a member of the crew of the final flight of the Space Shuttle Discovery, STS-133. She is also a NASA Aquanaut, who along with her NEEMO9 crew, lived and worked in saturation during an 18-day and longest to date mission on the Aquarius undersea habitat.

Nicole was the first astronaut to paint in space. After 27 years with NASA, she is now an artist and combines her spaceflight experience and artwork to inspire Earth and Earthling appreciation, and to increase awareness of the outstanding work being done every day in space to improve life right here on Earth. 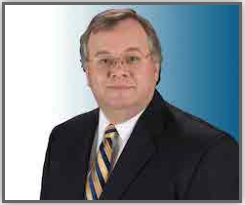 Tim is the Editor of Products Finishing Magazine, a position he has held since 2010. Prior to joining the magazine, Tim held reporting and editing positions at several major newspapers. He was a reporter and editor in the news and sports departments at the Cincinnati Enquirer and the Cincinnati Post. He was also an NFL writer for USA Today covering the Cincinnati Bengals. Tim left the newspaper field and joined several marketing and public relations firms before joining the PGA Tour as the marketing director for a Champions Tour event in Cincinnati. After serving as community relations director for a large Ohio city, Tim re-entered the publishing world when he became editor of Products Finishing, a publication which has served the finishing industry for more than 80 years.

Next StoryCHEMEON Adds Two New Chemists and Promotes Another